I’m supposed to express my creative thought processes and manifest technological theories so naturally you get a preconceived notion of me. Well let’s not pin me in a corner just yet, I am many things and take on several different roles, however for this outlet I’ll just go ahead and call myself a Software Craftsman that is versed with several technology platforms and systems, I’ll go as far as saying that I’ve fully built, deployed, then automated a system or two… I’m not promising many articles here, but what I can promise and offer is wisdom obtained after nearly 13 yrs of Software Development. Most of these years has been contributing on PaaS & SaaS Applications, many of of which have been targeted towards large businesses, some extremely successful and complex, others not so much. There was once a time you could find me mentoring just about any night of the week on Codementor.io however, another role I play in life is being a father, ever since I haven’t been much of a mentor to complete strangers as much as I’m trying to be to my little one!

You can find some of my projects on Angellist along with my most recent references.

Recently I’ve been focusing in the DevOps space. Infrastructure as code, deploy automations and configuration management. Here’s a tek cloud (not tag) of various systems, tools, languages, and platforms I use regularly 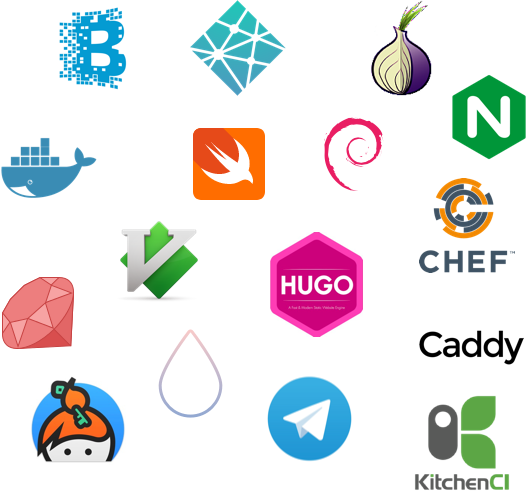 Some products I’ve worked on throughout my career with various companies and teams, by no means is this a complete list of my careers work. A sh*t ton of code I’ve contributed on are in private either sitting behind Government firewalls, Bitbucket server, Github enterprise, or Gitlab self-hosted. unfortunately this is the truth of the matter, if you’re interested in more details, just reach out and I can explain in depth all the various projects and systems I’ve managed, maintained, contributed, or flat out wrote myself!

contributed to both mobile and web teams to ensure a successful launch of the 17hats iOS app.

A mobile Developer Manager to lead iOS engineer ran team to the successful launch of one of the first enterprise level expenses iOS mobile applications.

Sr. Web Developer contributed to the complete re-factor & architecture of their high-net worth client sites. project “sophisticated client” provides more in depth scope of financial data for this type of investor.

Whether you want to discuss your one in a million app idea or simply wanna discuss collaborating or hiring, feel free to contact me anytime?